After a full day of work, by far the best part of the trip so far for our team was this evening (Thursday).  The crew had a wonderful evening spent with the families that they are building for, getting to know one another over a meal.  The families expressed their gratitude for the homes they will be receiving and told the team how it was a dream come true and the answer to their prayers.  There were many tears and smiles from everyone. 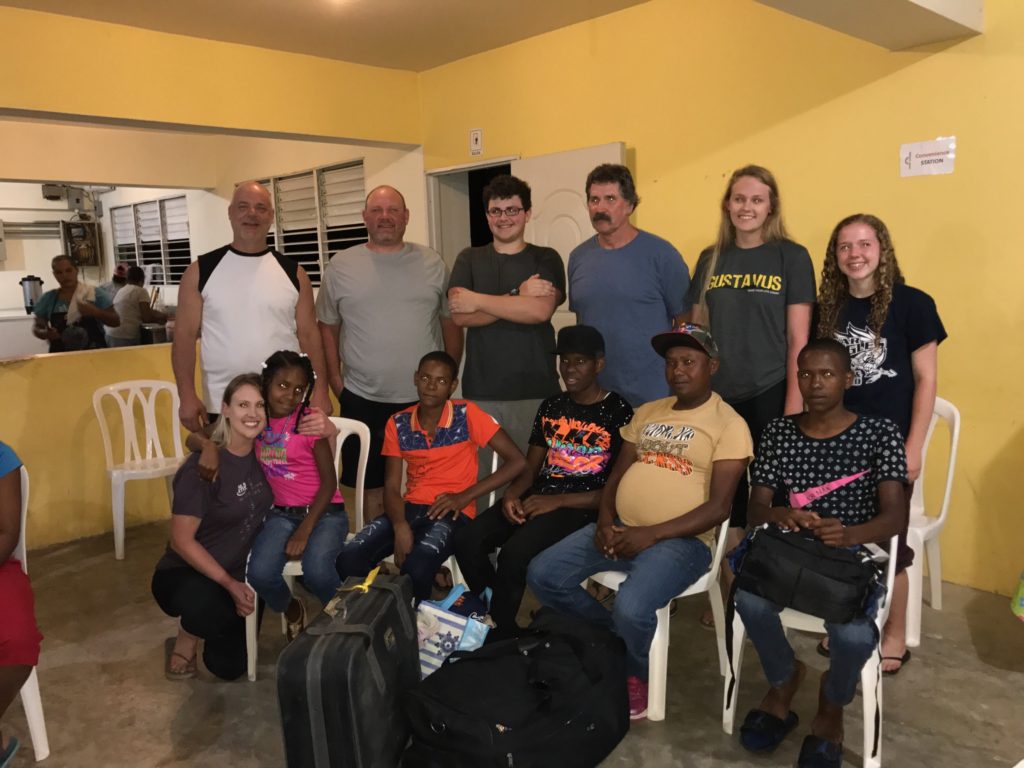 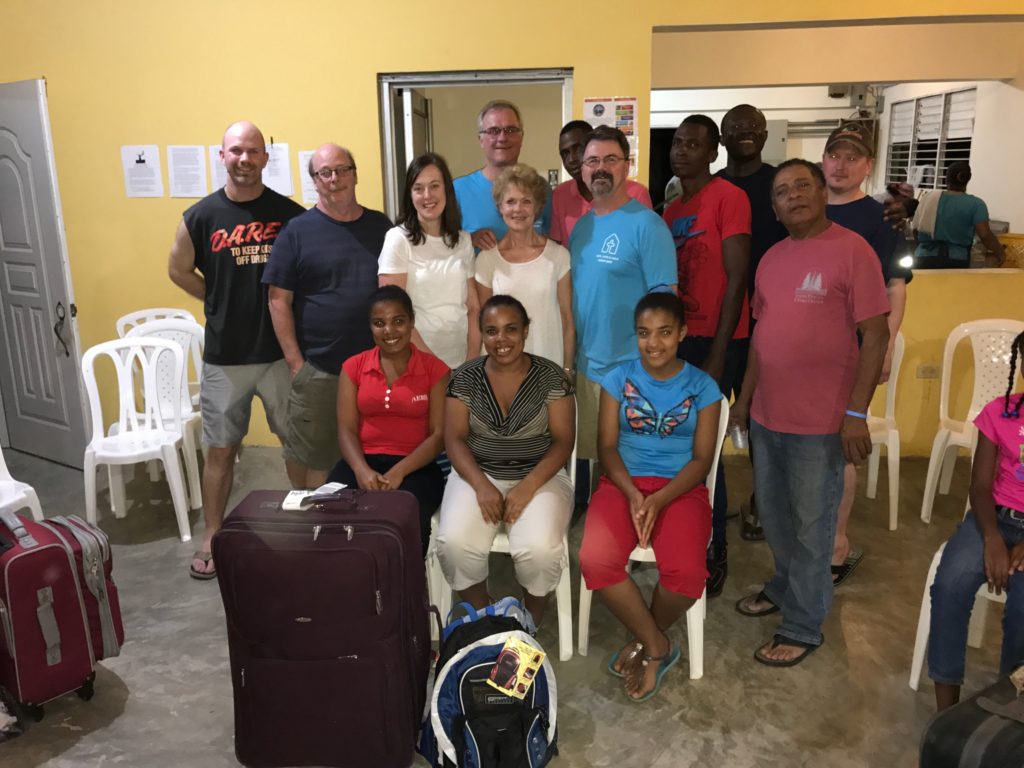 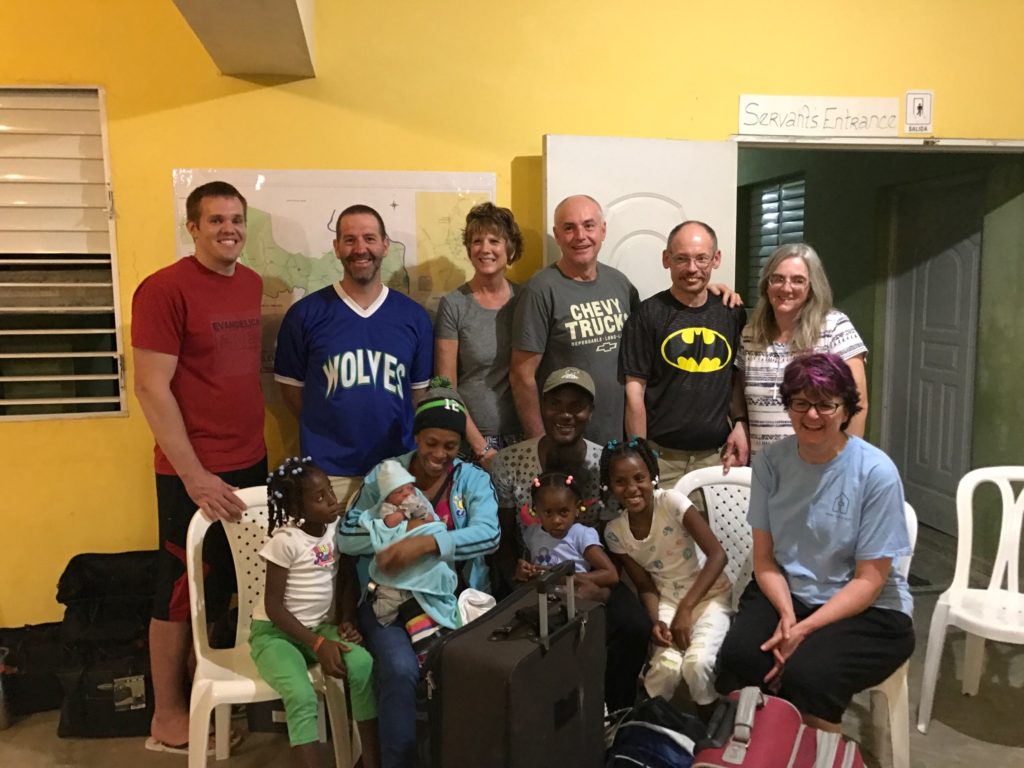 The second best part of the day appears to be this sweet little 7-day-old guy. 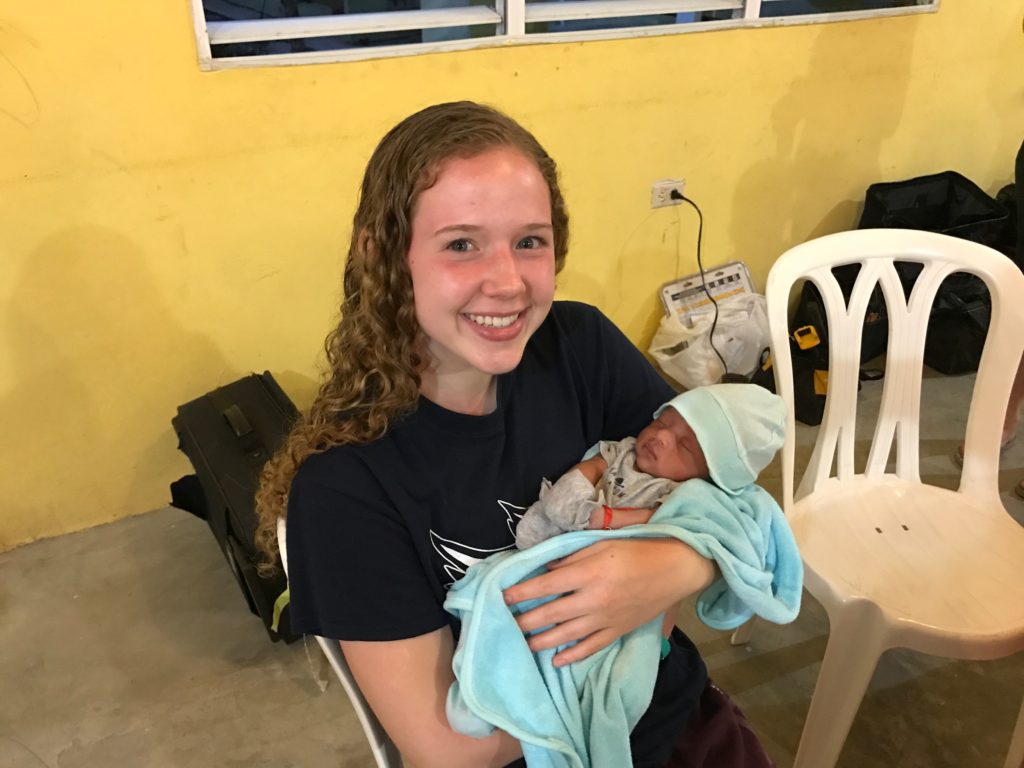 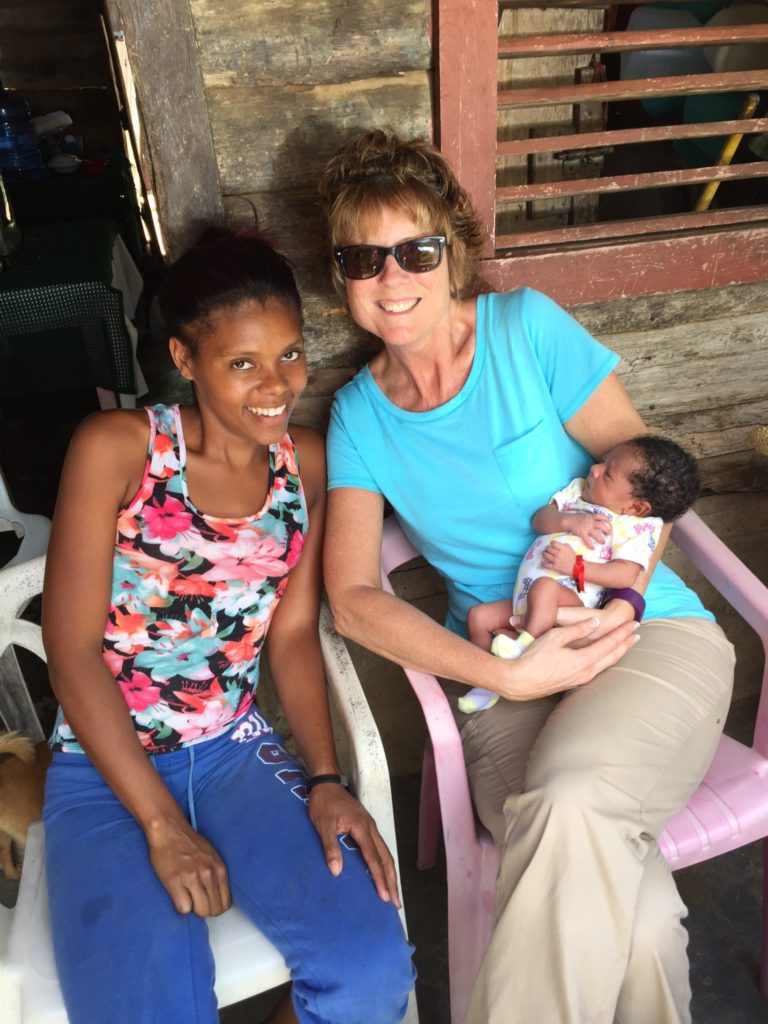 This little cutie-pie was another delight.  She didn’t quite know what to do with the Play-Doh. 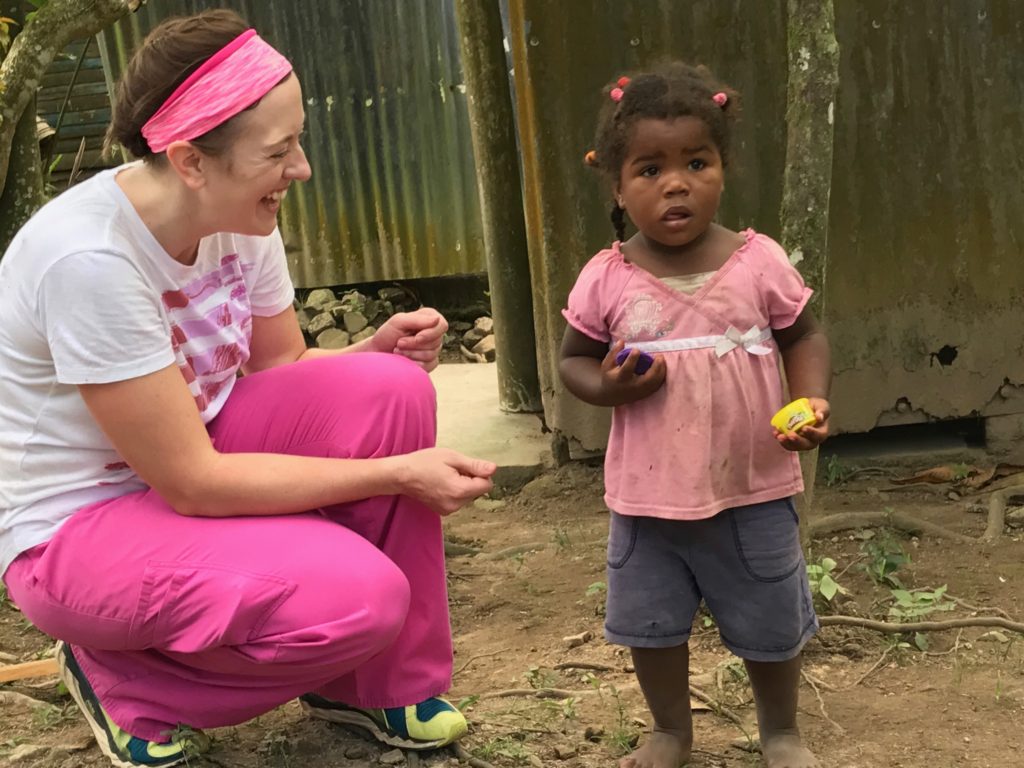 Renee Gibbons and Doug Hanson were able to snap a few more pictures of the work in progress today. 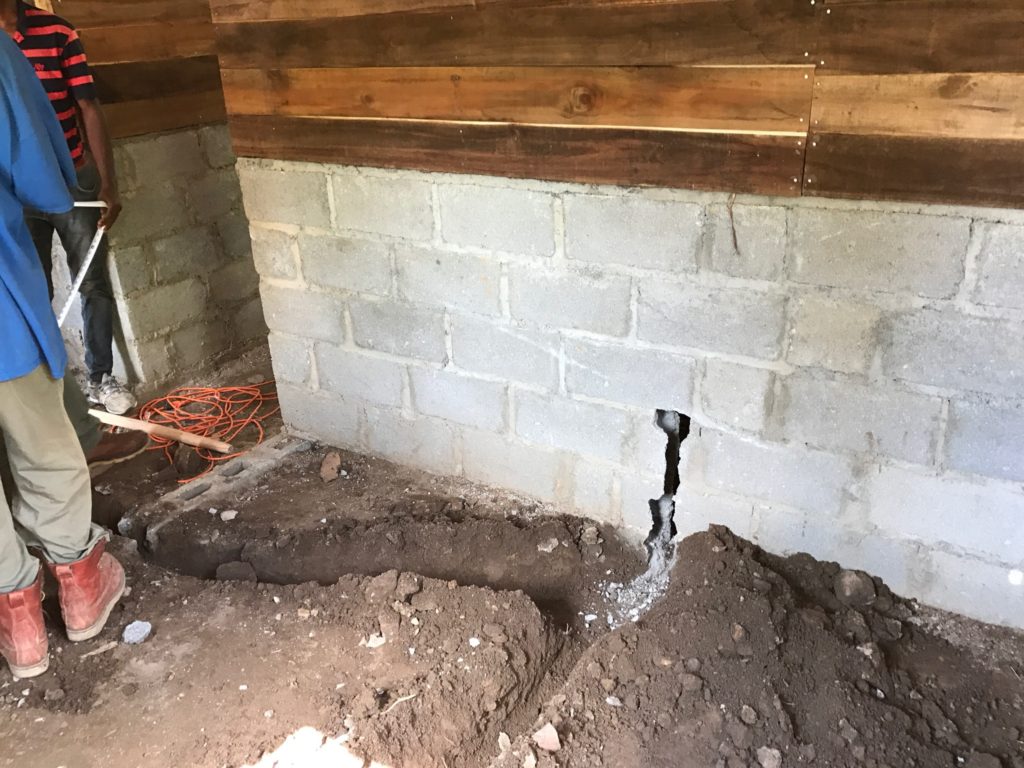 This home will actually have electricity! 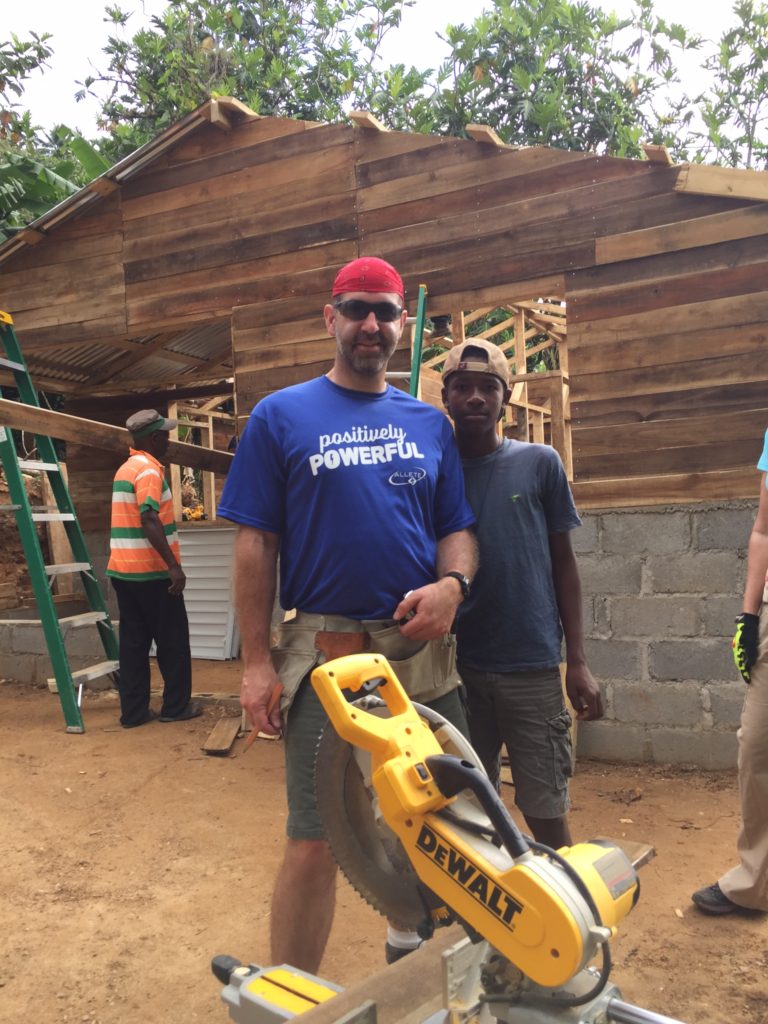 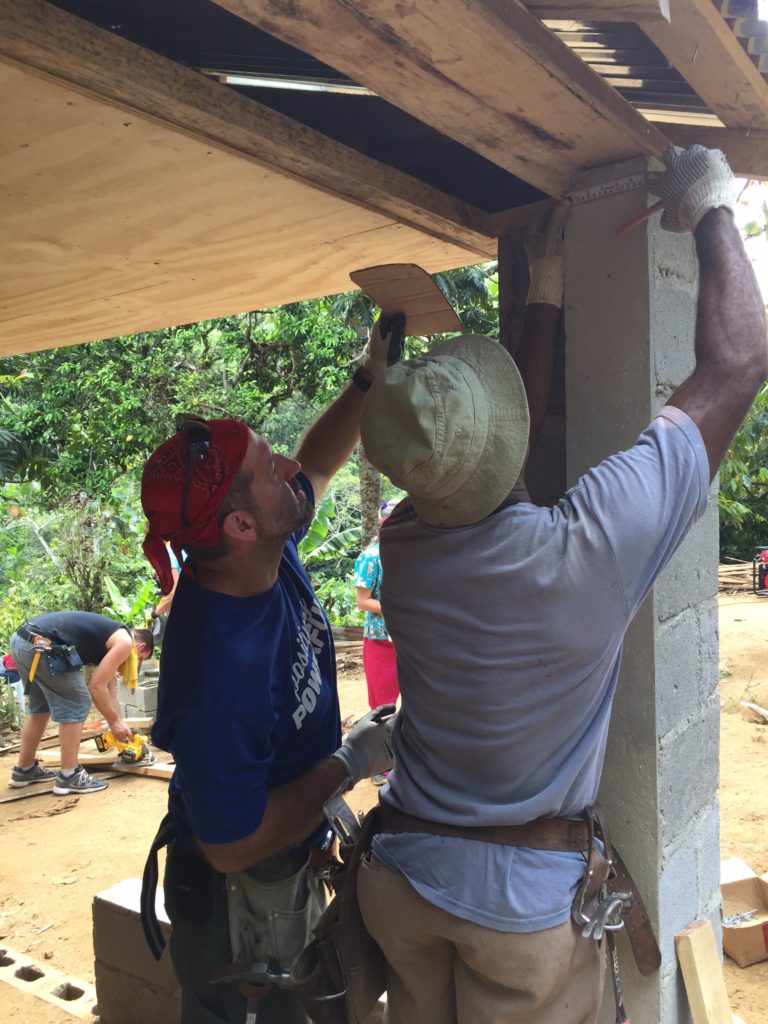 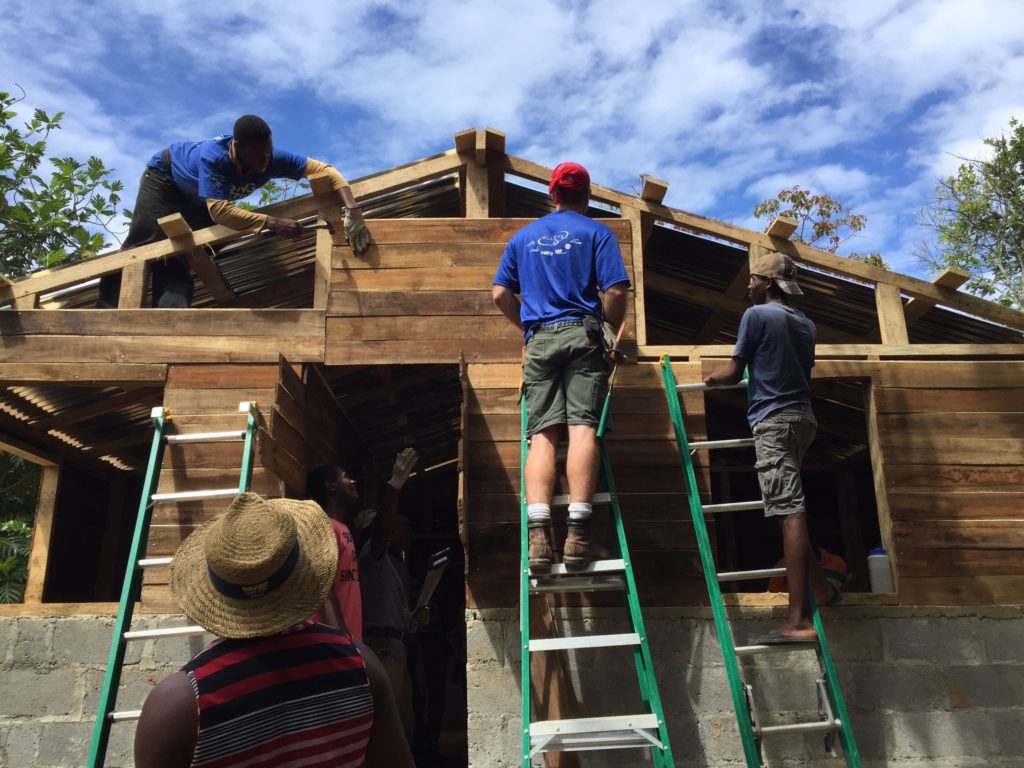 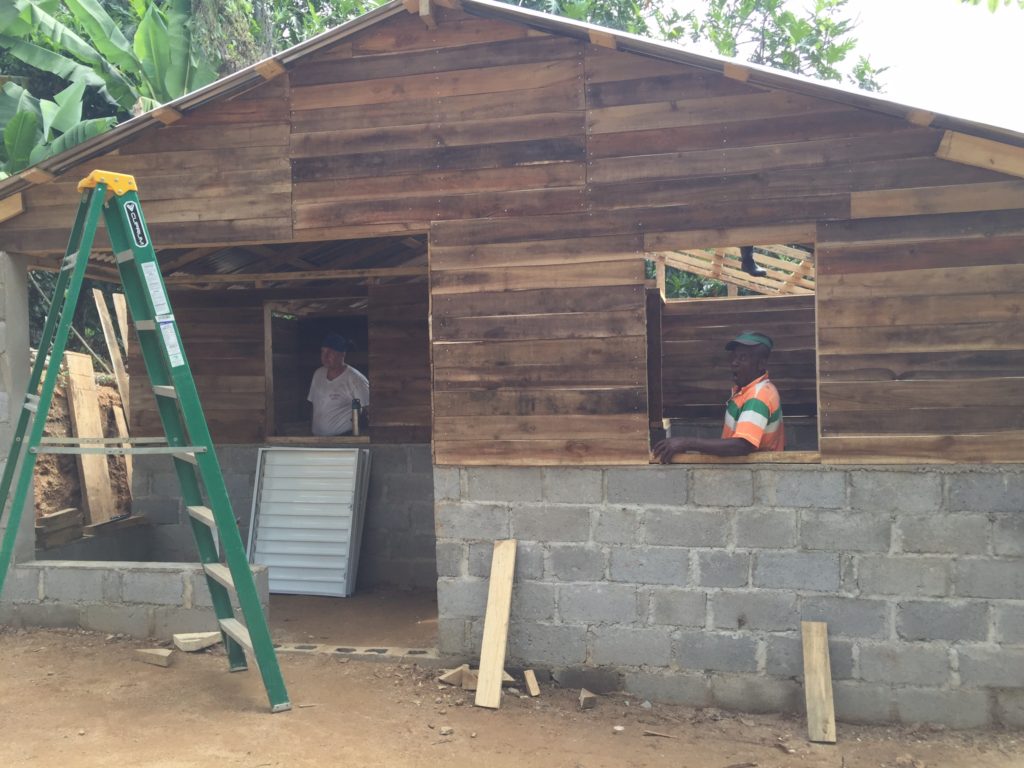 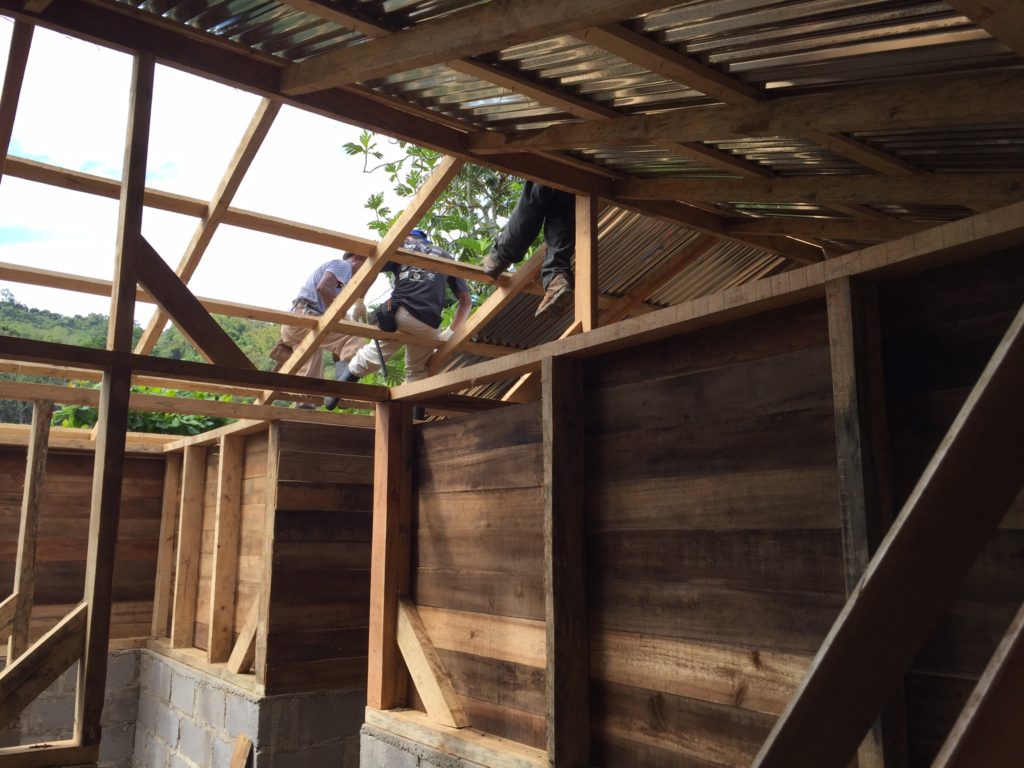 Some of you may have heard stories of this infamous rooster.  He is a pet to a family that lives next door to the center.  He apparently enjoys waking the neighborhood at all hours of the night.  This trip has been no exception. 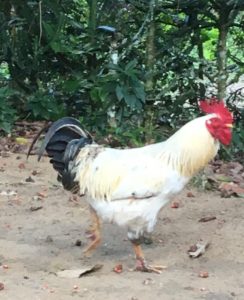 Lastly, there was one other story about the end of the travel day that I didn’t hear about until recently.  Apparently, the bus that they took from the airport didn’t get them quite to the World Servants Center.  Midway through the ride, they had to switch to the Daihatsu truck…which has an open back.  And it was raining.  And dark.  The team made do with tarps. 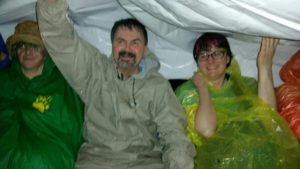 They claim to have remained mostly dry since then except for planned plunges into the local creek.

That’s all for this post.  More tomorrow.  Blessings to you until then.