My cellphone started beeping repeatedly.  Before I had a chance to check who had texted me, my phone started ringing.  I picked it up and found myself face-timing with our own Doug Hanson.  He had just sent me a bunch of photos of their day and wanted to give me a verbal update.

He looked worn out but happy, if not a little sweaty.  He walked around the room and let me wave and say “hi” to everyone while giving me a glimpse of their dining area and sleeping quarters (by the way, Dana Nettles, Robert told me to tell you he is still alive.)

He and Paul Huttner proceeded to give me an update on their trip so far.  They all made it to New York without incident, however once there they realized that Ron Killian’s ticket to the Dominican Republic was messed up somehow.  He would have to remain behind to get it figured out.  The others boarded their flight, but soon found themselves waiting in a hot airplane…seems they didn’t have any pilots available to fly them.  An hour and a half later, the pilots were found and they were taking off to warmer lands.  Ron almost beat them there!

Once they landed they boarded a shuttle and headed out to the World Servants Center in San Cristobal where they would be lodging for the week.  However, traffic proved to be very heavy and the trip took them three and half more hours.  They finally arrived and were able to get unpacked and settled in.

Their first day dawned sunny and warm.  They got in the back of the truck and headed to the village.  They worked on all three homes and made good progress.  The temperature during the day reached 86 degrees F, but they reassured me that it cooled down to the 70’s in the evening.  I then pointed my phone towards the window and showed them what we were dealing with today. 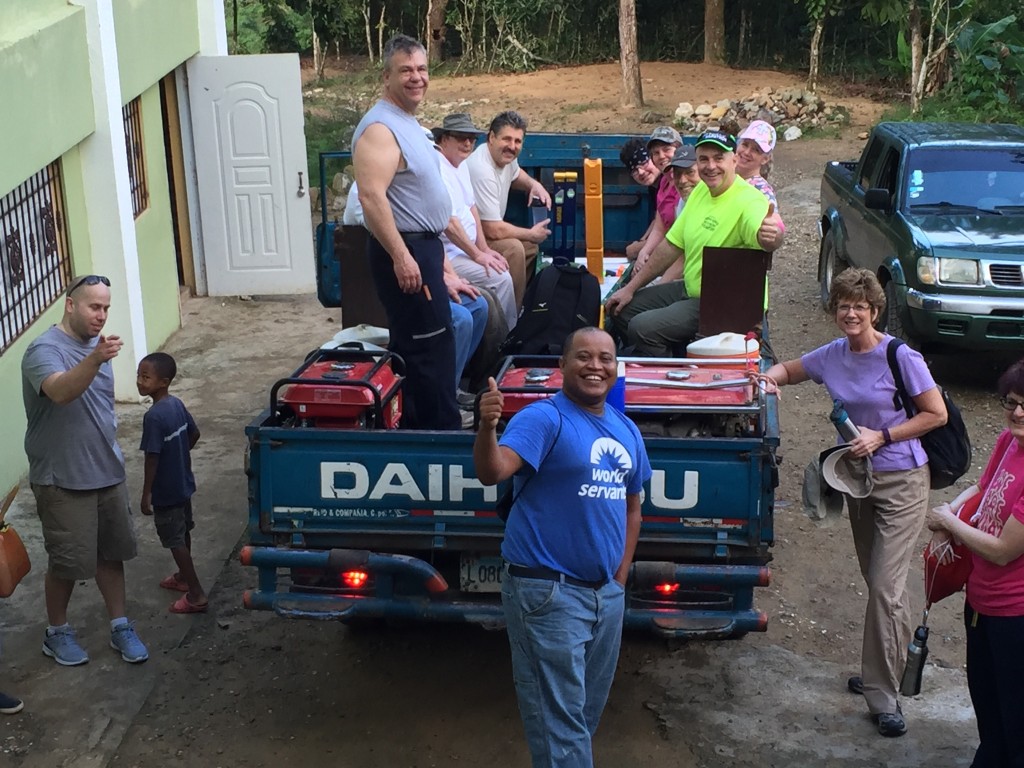 Getting ready to leave the World’s Servant Center. 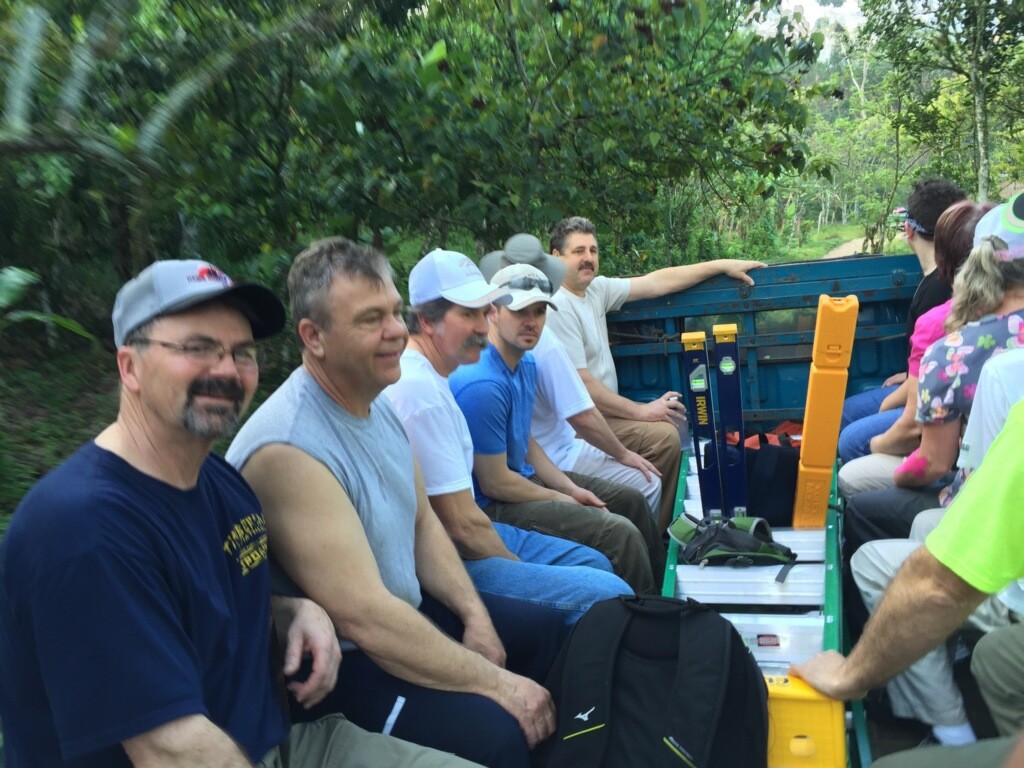 The trip from the Center to the work site. 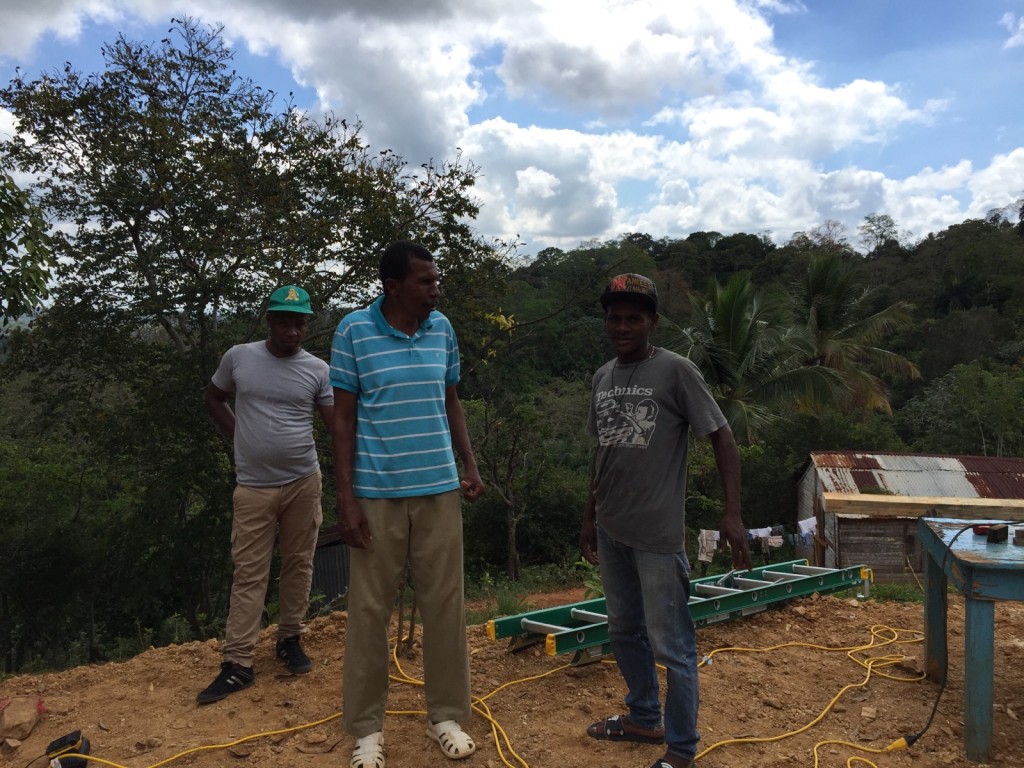 Reconnecting with Pastor Juan (blue shirt) and Victor (right) whose home we helped build in October. 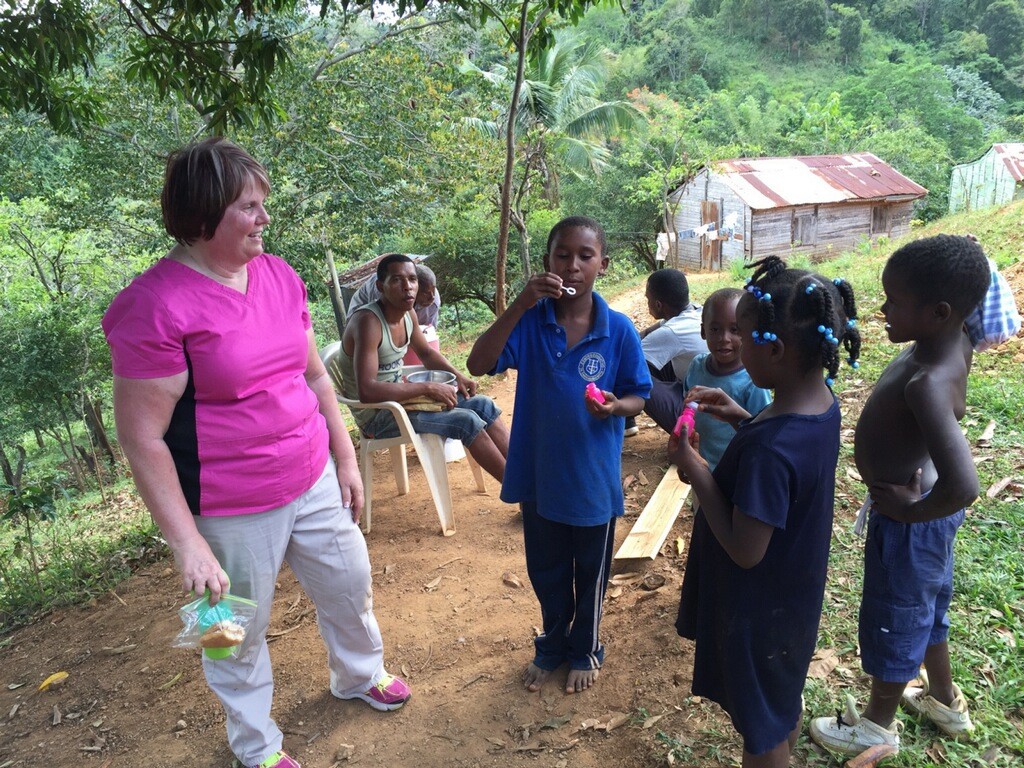 Diane Legler blowing bubbles with the kids at lunch.

The crew got straight to work on all three houses.  Paul piped up at this point to let me know that “somehow” Doug got to work on the two houses closest to the road and that he “somehow” ended up working on the house that was up the mountain.  They had to haul the generator and all their equipment up a mountain path.  After the day was over he learned that there was in fact a road that went up to the other house so they and their equipment could be driven up on the next day, which made Paul much happier.

The remaining pictures were courtesy of Daniel Ne of World Servants Dominican Republic. Thanks Daniel! 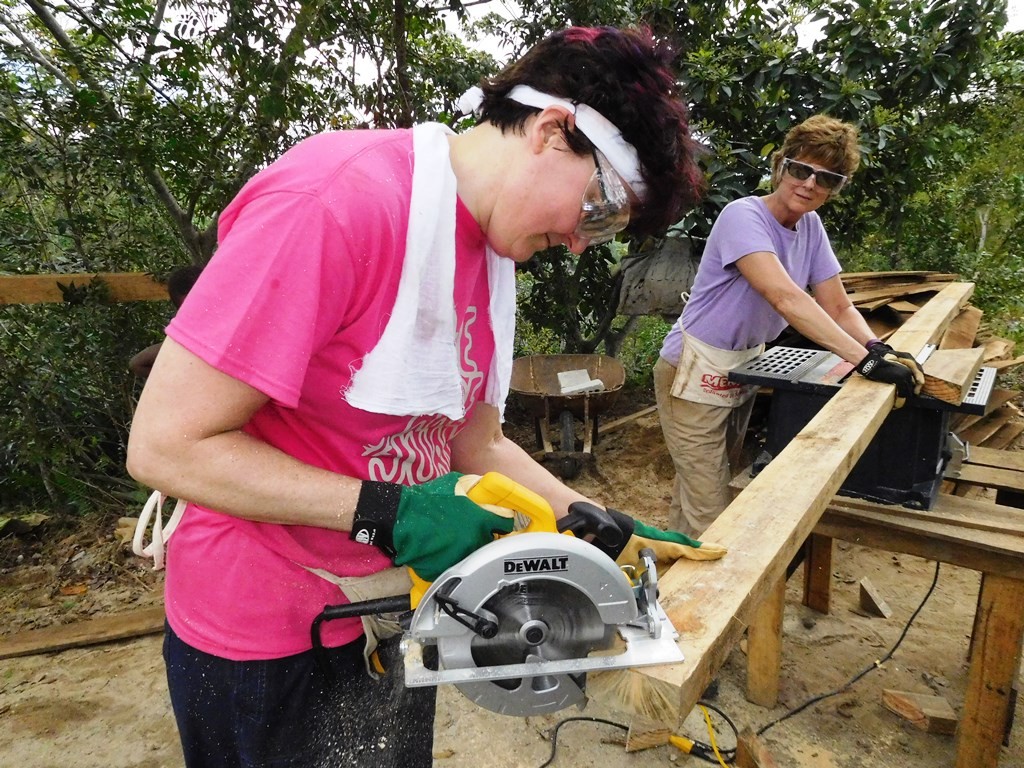 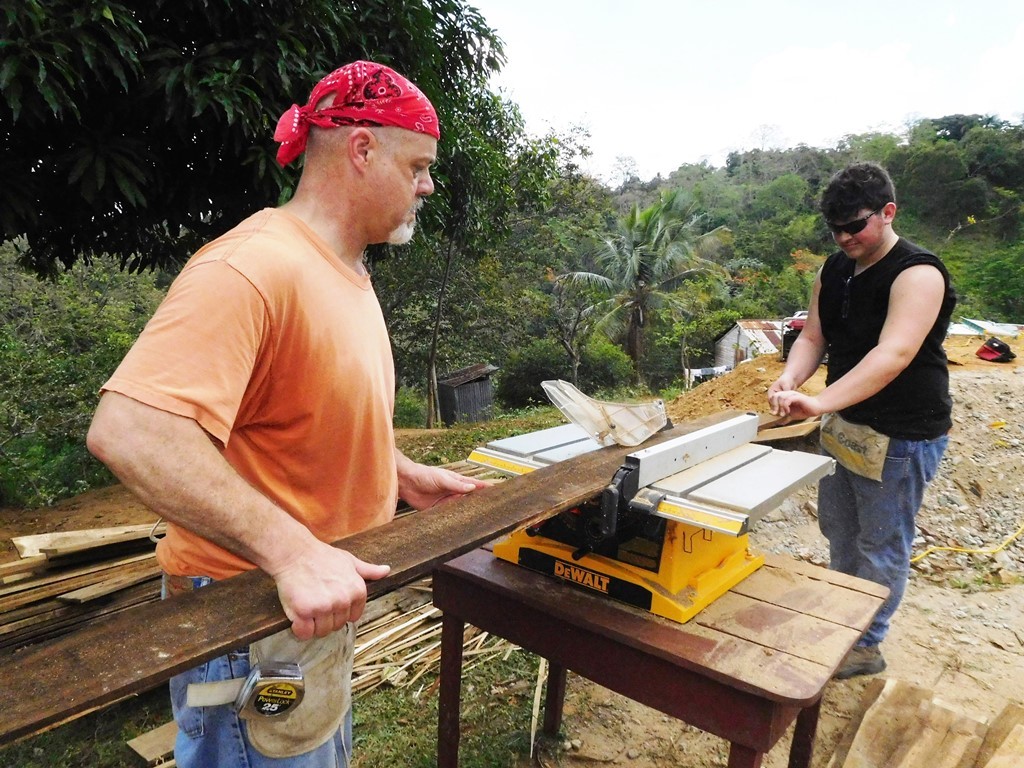 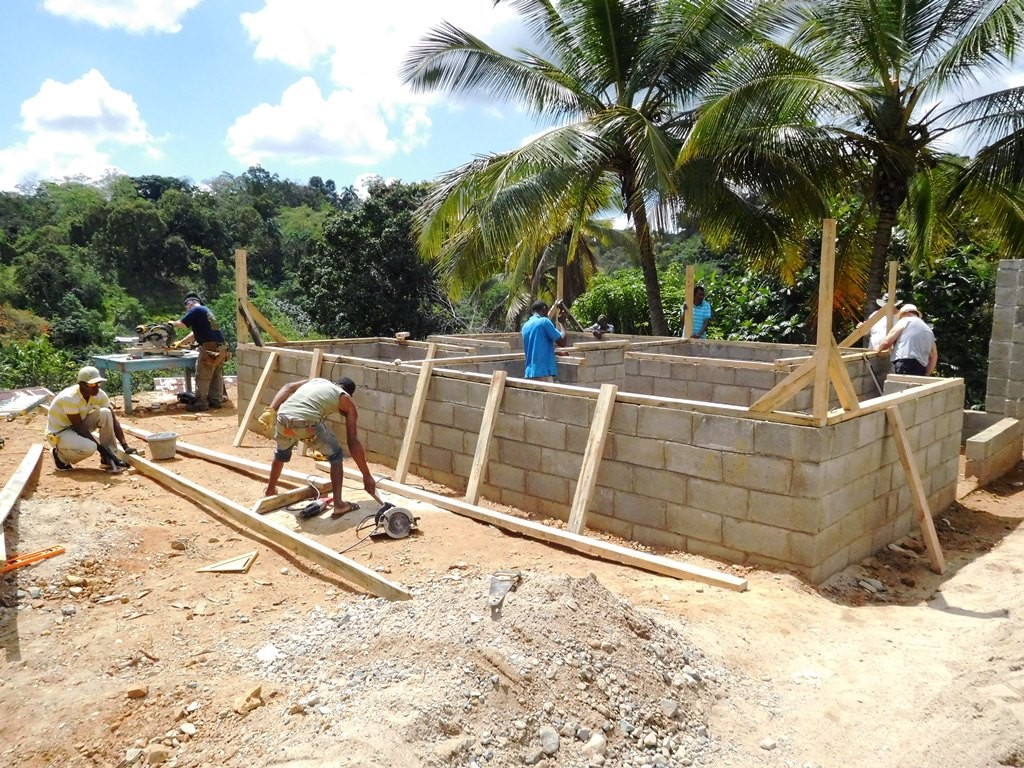 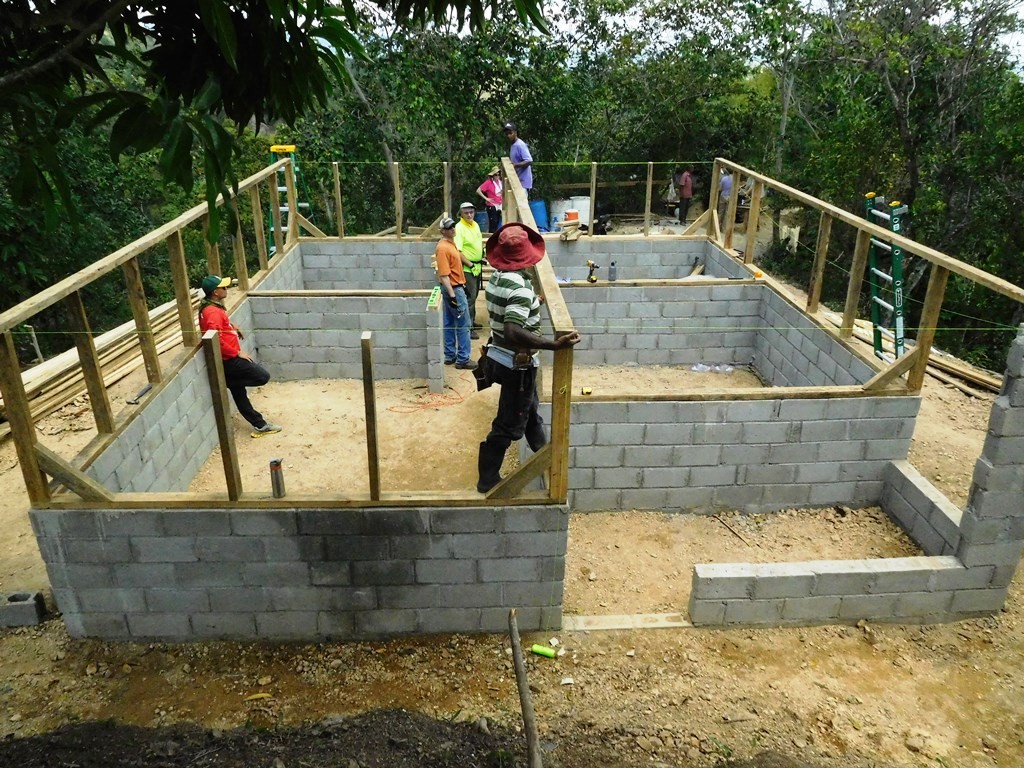 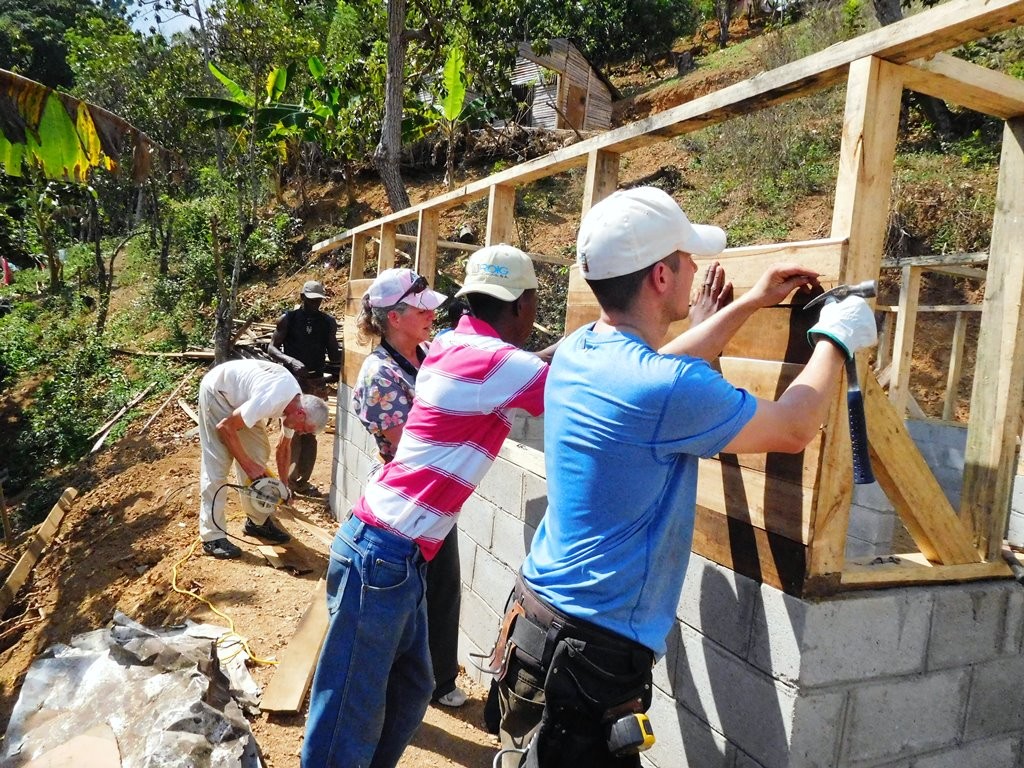 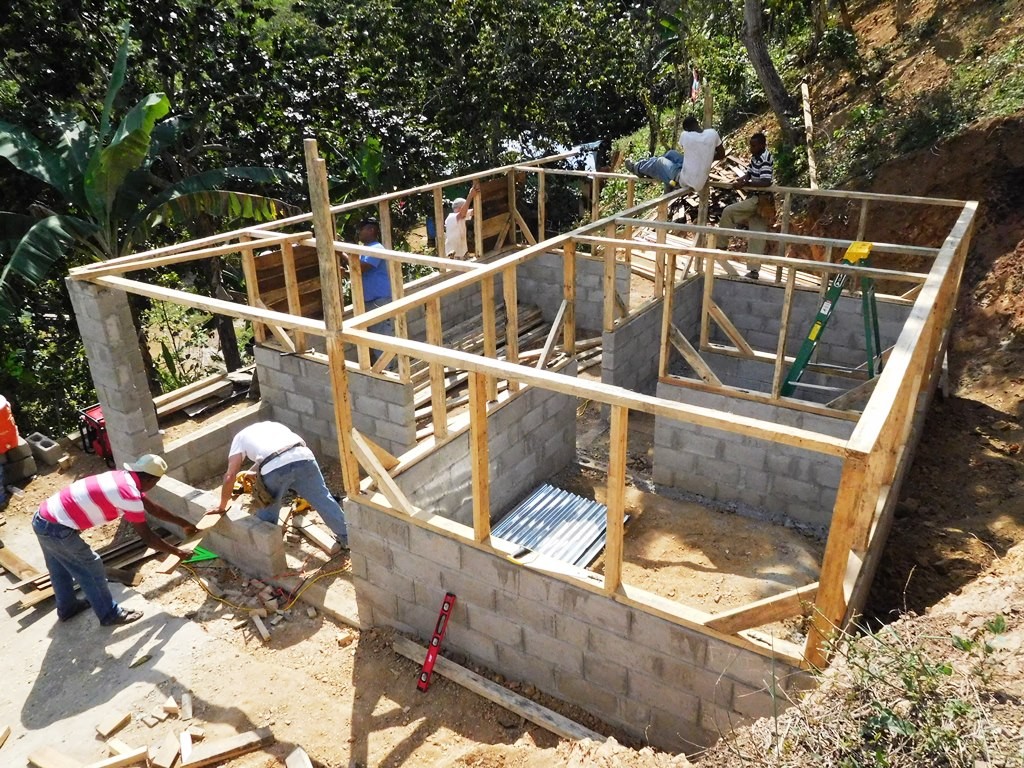 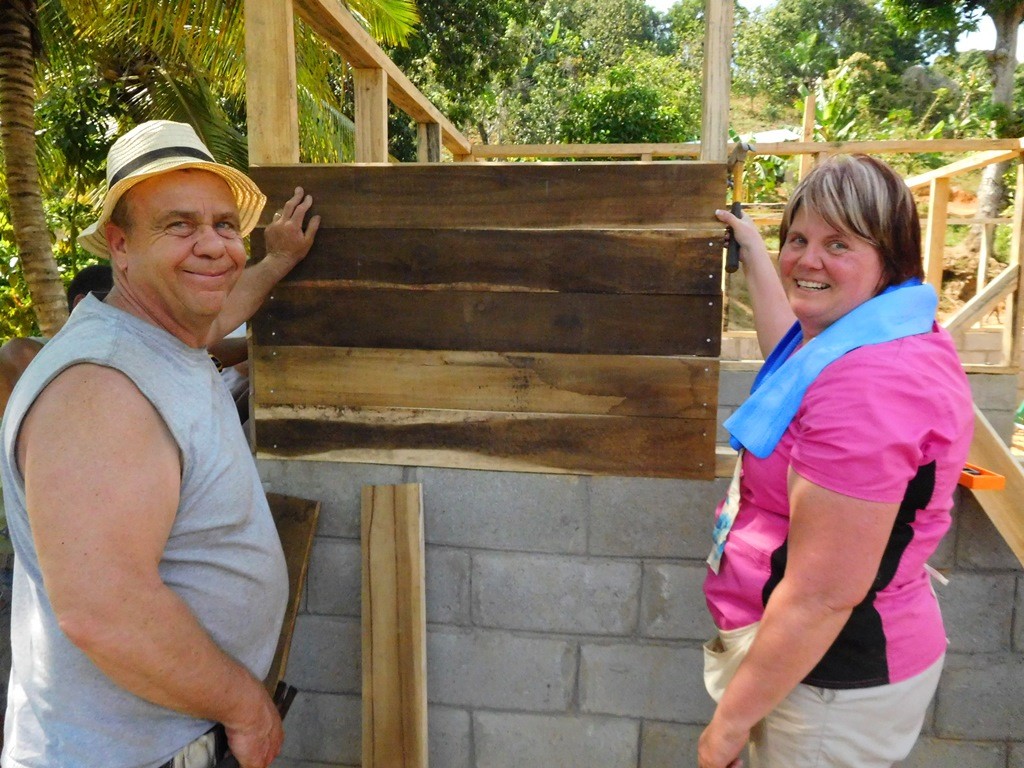 After a long day of travel followed by a long day of work in the hot sun, these faithful people all looked pretty worn out, but still happy to be there.

They have one computer between them and Doug and a few others have their phones so hopefully they can check this blog.  Please leave encouragments for them in the comments.  I’m sure they would all love to hear from you!