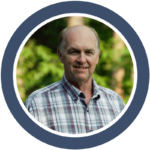 A former governor of MN is known for a famous quote:

“Organized religion is a sham and a crutch for weak-minded people who need strength in numbers. It tells people to go out and stick their noses in other people’s business.”

A few days ago while eating breakfast I heard a similar quote from a man that was sitting at a table next to me.

I grew up in a world where religion was viewed as a positive virtue because it helped to create a foundation of morality and truth. Times have changed!  But many people assume that’s how it’s always been and lament the fact that we live in an age where things that were once viewed as wrong – are now affirmed and celebrated.

How do we react? Do we sit and be quiet, or huddle up as Christians and avoid the world? Or should we just cave and join them in their beliefs?

The reality: We are entering a period of time that will resemble the culture of the early church world like never before.

But this is also true: The church didn’t die; it didn’t huddle up and create shelters from the storms – rather they walked by faith and the church survived and even thrived.

What was the path of living in such a fallen world like for the early church? Part of the answer was the posture and belief of what Peter wrote about during a time of great persecution. Look at this passage:

I Peter 3:14-16  “But even if you should suffer for what is right, you are blessed. “Do not fear their threats; do not be frightened.” But in your hearts revere Christ as Lord. Always be prepared to give an answer to everyone who asks you to give the reason for the hope that you have. But do this with gentleness and respect, keeping a clear conscience, so that those who speak maliciously against your good behavior in Christ may be ashamed of their slander.”

That phrase “give an answer” in I Peter 3 and the word “answer” is translated from “apologian,” from which our English word “apology” is derived. It means a defense.

We will embark on growing to give a gracious “answer” coming Sunday mornings this fall. Stay tuned for “Big Objections. I would believe but…”